I think I’ve said this before, but I’m not a vegan. I do, however, love experimenting and eating vegan, my boyfriend and I are actively trying to eat less meat, and completed a meat-free lent.

The problem for me with veganism is the things that I’d miss, chorizo being one of them (swiftly followed by cheese). I’ve searched a lot of recipes, and I couldn’t find one that was chorizo-y enough, so I decided to go about crafting my own. Even if they’re not the most attractive, they are super tasty.

I love to try and replicate (or better) the flavours in a meat product within a vegan one – there’s a vegan doner kebab on the menu at home tonight. So stay tuned for that early next week.

The other thing is substitutes are sometimes a little bit bland. Tofu is no substitute for scrambled eggs in terms of raw flavour. So you’ve got to be a bit creative with what you’re going with.

I love that challenge, and who knows throughout this blogging journey maybe we’ll find that end up a full-time vegan, wouldn’t that be fun, eh?

Is it difficult to make seitan?

The short answer is “no”. If you look at the process of making vital wheat gluten (the main ingredient in seitan) that is an incredibly daunting process, and one I do not wish to get to grips with. Vital Wheat Gluten is almost 100%, pure, gluten. It’s made by washing away nearly all the starch from wheat flour dough.

The main thing to remember when making gluten is you need to load the dough with flavour. Every time I’m making it, or developing a recipe I think I’ve put in too many spices or too much of a particular ingredient and it’s very rarely the case. Pack it FULL, of flavour.

What’s in the Chorizo Spice Mix?

The short answer is A L O T. I took inspiration from Laurie over at Simply Scratch, with just a couple of substitutions. I switched our black pepper for white pepper. It’s a preference thing, particularly with seitan, you just need that extra PUNCH and I also used smoked paprika in place of paprika. Oh, I ditched the bay leaf.

So the mix is:

How do I make Vegan Chorizo?

Now, listen, I know these aren’t the most attractive to look at, but finding a Vegan Chorizo substitute is NOT easy, so I went and created one. I am using Seitan as the base and a beautiful array of dry spices.

Vegan Chorizo Sausages will keep in the fridge for up to a week. 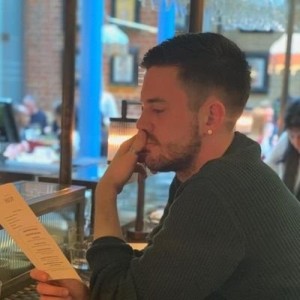